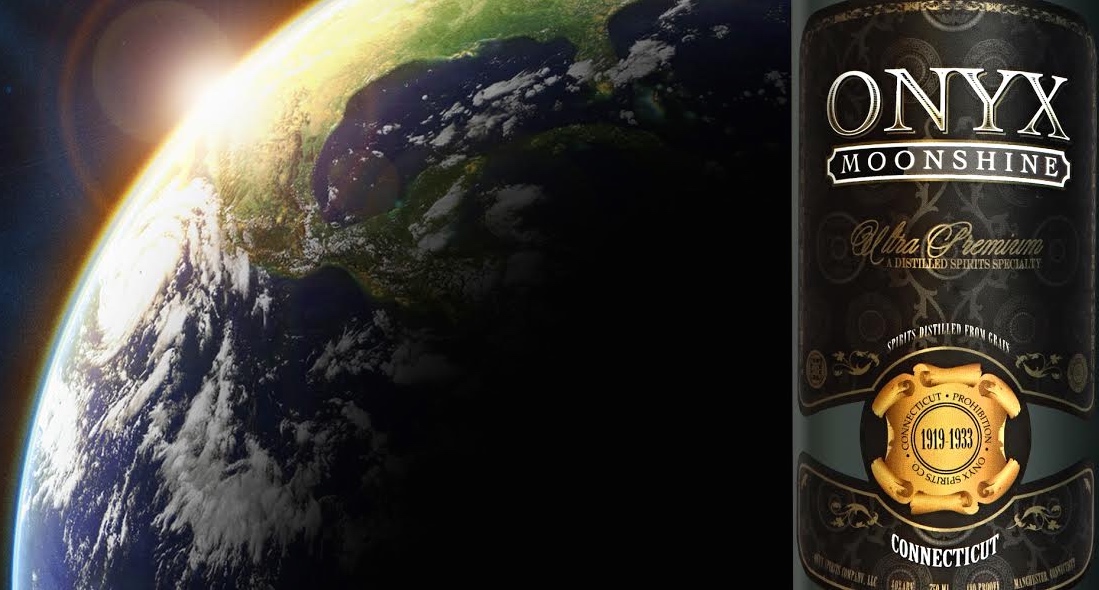 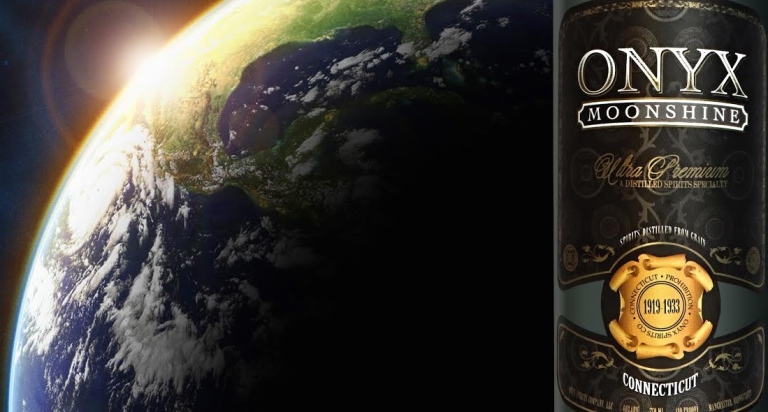 Image Available for Media Use

April 21, 2015 (East Hartford, CT) – Onyx Spirits Company, a New England craft distillery, will launch a full sized bottle of their signature spirit, Onyx Moonshine, into space from Connecticut on Saturday May 2, 2015. The announcement is being made this week to commemorate Earth Day and Onyx Spirits Company’s commitment to sustainable business practices.

A team of scientists spent two years constructing “Onyx 1”, a custom-built, weather balloon-powered space apparatus that will carry a 750 mL bottle of Onyx Moonshine and accompanying rocks glass, mounted on a silver platter 22 miles up into space. The platform has been fitted with GoPro cameras, GPS, radar deflector, deployable parachute and a protective foam casing that will safeguard the bottle upon landing in the Long Island Sound. All safety measures have been considered and the FAA will be notified prior to the launch.

“Onyx Moonshine is all about attempting things that haven’t been done before, which is the true essence of the American spirit,” said Onyx Spirits Company co-founder Adam von Gootkin. “It’s amazing to think that 150 years ago our ancestors were arrested for illegally selling moonshine and here we are, legally sending a bottle into space. This is just one small adventure of many more to come,” he added.

The first launch date is set for Saturday May 2, 2015, weather dependent. If the launch doesn’t occur on May 2, the subsequent target dates are Sunday May 3, Saturday May 9 or Sunday May 10. Launch confirmation, time, and location will be communicated the day before the launch. Please visit our dedicated launch page for complete details. Follow Onyx Moonshine on Facebook, Twitter, Instagram and YouTube and use the hashtags #spacelaunch #onyxmoonshine and #onyxadventures for launch updates.

Hoppy Easter 🐰🥕🐇🥃 ... ... #onyxmoonshine #madeinct #easterbasket #bunnyears #moonshine #sundayfunday #happy
Hop on over to the Onyx Speakeasy today from 12-6 🥃 We’ll be closed tomorrow so we can all get our Egg Hunt on 🥕🐰🥃 Photo 📸 @singlefoodieproblems #HoppyEaster #onyxmoonshine #onyxspeakeasy #madeinct #weekendplans #whiskey #moonshine #distillery #holidayfun
#Repost @hartfordsymphony with @get_repost ・・・ Kick off the weekend early with us tonight! Join us for Alleged Dances at @onyxmoonshine at 7 pm - and be sure to indulge in Onyx's HSO-inspired cocktail, the Moonshine Sonata!🍸🎶. #hartford #hartfordhasit #music #cocktails #afterhours #moonshine #distillery